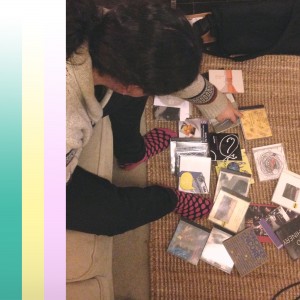 This week I’m joined by musician, lecturer and mixologist Paul Stapleton.  We’re talking about improvisation in music and elsewhere – covering some of Paul’s influences and delving into some of his recent projects including QUBe and Fauna.  We also can’t avoid letting the conversation drift to basketball.

Somewhere around the midway point Paul persuades me to do a solo performance of John Zorn’s improvisation piece Cobra, so it’s worth a listen just to hear me squirm…

Along the way Paul shares some of his CD collection via choice tracks from Jimi Hendrix, Charles Mingus, AMM, Christian Marclay, Django Reinhardt and more.